For my research class at the Canadian College of Naturopathic Medicine, I wanted to find out if the homeopathic remedy Arnica Montana really did work to decrease swelling and bruising after rhinoplasty (more commonly known as a nose job). I became interested in this topic because I had reconstructive rhinoplasty a few years ago and was instructed to take the homeopathic Arnica Montana by my plastic surgeon before and after surgery to reduce the amount of time I had bruising and swelling. Personally, I had incredible results and only had bruising for a few days, which is remarkable after such major trauma to the face. Although it worked for me, I wanted to do further research to see what the research studies out there said and how Arnica faired in healing post-rhinoplasty when compared to corticosteroids. After all, it’s good to be skeptical and do your own research!

What is Arnica montana and how does it work?

Arnica montana is a homeopathic remedy made from the beautiful flowering plant
known as Leopard’s bane or Mountain Daisy. When used at maximum strength, the plant is toxic. However, when the plant is prepared through a homeopathic method, it is safe and very effective. Arnica is commonly used to treat bruises and reduce muscle pain, swelling, and joint stiffness, among other things.

Homeopathy, founded by Samuel Hahnemann in the 1800s, is a type of medicine based on the Law of Similars and the premise of Like Cures Like. This means that when a substance is given to a healthy person it creates a specific set of symptoms and when it is given to a sick person, it heals those same symptoms.

Homeopathic remedies, made from plants, minerals, animals and other substances, are diluted in a series of succussions where the active substance is placed in a vial with water and shaken vigorously a set number of times, also known as potentization. Then, a portion of the water is diluted and shaken in the same way. This procedure is repeated with a number of dilutions and succussions until there is no active substance (the toxic portion) left in the vial. The remaining medicine is the energetic portion that has been brought out from the original substance (Organon 353). The higher the number of succussions and dilutions the stronger the remedy is. Often you will see a C or M next to a number like 6C or 30C. “C” indicates a 100-fold serial dilution and “M” is a 1,000 fold serial dilution. The method commonly used today is that the final substance is added to pellets that are quickly dissolved under the tongue and the medicine is absorbed.

Why is Arnica Use in Post-Rhinoplasty Treatment Important?

The use of Arnica is important since ecchymosis (bruising around the eyes) and edema (swelling) are the most common side effects during the recovery period post-rhinoplasty. The cause of ecchymosis, according to Golger, is osteotomy, or breaking of nasal bones, which is often required during a closed rhinoplasty. According to the Canadian Society of Plastic Surgeons website, bruising is typically diminished after a week, however, swelling post-surgery can last multiple weeks or months.

This topic is also important because cosmetic surgery, including rhinoplasty, is very prevalent across the globe. In fact, in 2015 there were 21 million surgical and non-surgical procedures performed on both men and women. Further, there were 730,287 rhinoplasty surgeries performed in 2015, 7.6% of the total plastic surgeries performed globally. That’s a lot of people who could benefit from faster healing and less down time, making them more satisfied patients.

What are Other Treatments for Rhinoplasty?

There are other effective alternatives to reducing ecchymosis and edema post-rhinoplasty, such as steroid use and placebo. However, according to the Mayo Clinic, there are multiple side effects with steroids, such as prednisone and corticosteroids. Some of the side effects of oral steroid use include: “elevated pressure in the eyes (glaucoma), fluid retention, causing swelling in your lower legs, high blood pressure, problems with mood, memory, behavior and other psychological effects, and weight gain, with fat deposits in your abdomen, face and the back of your neck.” Injected steroids may cause side effects such as “skin thinning, loss of color in the skin, facial flushing, insomnia and high blood sugar.”

Although there are a wide variety of side effects from corticosteroids, there are many benefits as well such as relieving “inflammation, pain and discomfort of many different diseases and conditions.” The health care provider weighs the safety and risk analysis when using steroids. In the case of placebo, there is no risk in safety by allowing the body to heal itself post-rhinoplasty. Often, cold packs are suggested as a way to decrease edema, which have minimal risk.

What Does the Research Say?

For my research assignment, I looked at several research studies that used the homeopathic remedy Arnica Montana perioperatively, or before, during, and after rhinoplasty. I also narrowed my search results to using only those studies that used Arnica for rhinoplasty and not other cosmetic procedures, among other research criteria. I found that the most common formula that was used in some of the studies was SinEcch A. montana formula from Alpine Pharmaceuticals. After reviewing all of the random controlled trials (RCTs), here’s what the research showed:

Overall, Arnica is safe and effective to be taken in a clinical setting to reduce swelling and bruising post-rhinoplasty. It’s no wonder that many surgeons recommend and trust Arnica because it works compared to steroids!

My name is Valerie Gettings and I am a naturopathic medical student at the Canadian College of Naturopathic Medicine in Toronto, ON. Welcome to my blog! I am excited about sharing my journey through naturopathic medical school with you! You can look forward to posts about what we are learning in school, healthy recipes, and wellness inspiration! View all posts by NaturopathicChronicles

15 thoughts on “Does Arnica Really Reduce Bruising After Rhinoplasty?” 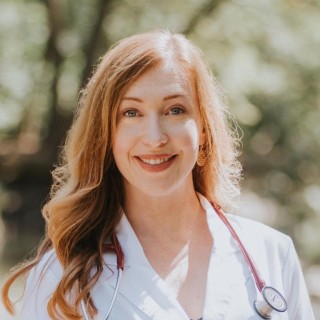 My name is Valerie Gettings and I am a naturopathic medical student at the Canadian College of Naturopathic Medicine in Toronto, ON. Welcome to my blog! I am excited about sharing my journey through naturopathic medical school with you! You can look forward to posts about what we are learning in school, healthy recipes, and wellness inspiration!